“When modern historians adopt the strategies as well as the content of the [ancient] polemicists’ construction of heresy to define Gnosticism, they are not just reproducing the heresy of the polemicists; they are themselves propagating the politics of orthodoxy and heresy.”
—Karen L. King, What Is Gnosticism?, 54

Have you ever looked at a map of the world from a country other than your own? Odds are there was something peculiar about it. Your own country was no longer the center of the world. Japan, or Africa, or Australia, or some other country had taken its place. On a more subtle level, all one-dimensional maps stretch and distort what they describe, because they can’t easily reproduce a perfect sphere. Peter Turchi, in Maps of the Imagination: The Writer as Cartographer, observes in response to this phenomenon:

If no map is objective, we must reconsider what we mean when we ask if a map is “accurate.” Under the most rigorous examination, no map is accurate. On the other hand, you can probably draw on a scrap of paper what is called a sketch map sufficiently accurate to guide a new colleague from your workplace to your home. “Accuracy,” then, must be judged against the map’s stated purpose. 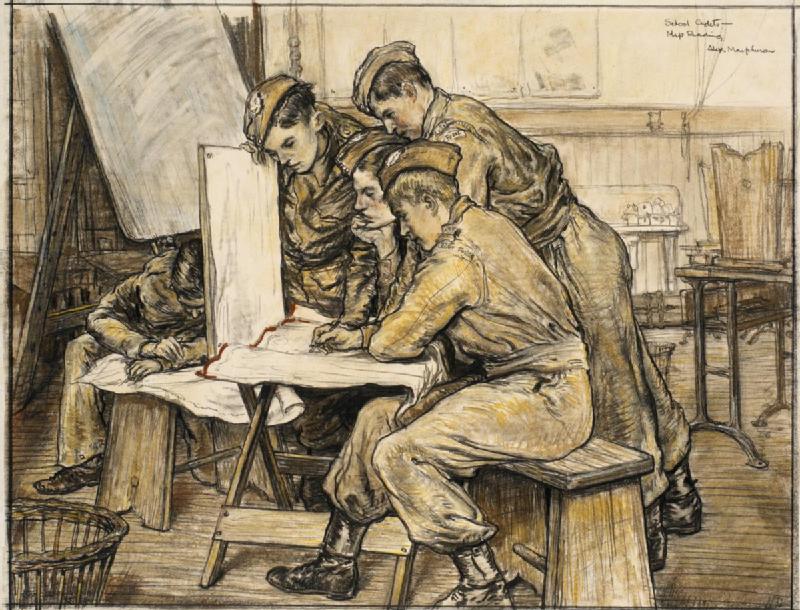 Religion and boundary making can be understood in a similar way, with equally troubling pitfalls. We’ve been reading Karen King’s What Is Gnosticism?, a critique of how scholars today “map” the earliest generations of Christianity. King’s central claim is that the reigning maps are inaccurate for the stated purpose of the scholars.

Imagine you want to draw a map—not of a physical place but of typical religious beliefs, practices, and their associated texts in the Roman Empire of the first two centuries. That’s what most scholars of early Christianity are doing in the books they write. The labels they choose to represent clusters of certain artifacts from that time period are the equivalent of boundary markers. You can probably name a few of these labels yourself, but here’s a quick list from books I have sitting on my shelf:

For the most part, these words are used to describe real people, real groups, and real practices. Like Peter Turchi’s sketched map, the words get the job done. If I want to explain how Christianity became the religion of the Roman Empire, or how Pharisaic Judaism came to more-or-less replace Temple Judaism, I can use these boundary markers to roughly describe the process. As long as we remember that the details are fuzzy, we can head in the right direction.

Here’s the problem: we inherited certain boundary markers from early Christian polemicists and then took them too much at their word. Specifically, we assumed they were right that their version of Christianity was “obviously” the middle course between being “too Roman” and “too Jewish.” It’s like we got a map with proto-Catholic Christianity, or proto-Protestant Christianity, smack dab in the center, and when we found maps with something else in the center, we shook our heads in confusion and looked away, saying, “This can’t be right.”

That mistake was understandable thirty or forty years ago when we didn’t have as much access many texts from opposing points of view, but those days are done. Now we know that other groups were also saying, “Here’s the real map. Yours is wrong!”

I believe King’s point is this: scholars today are erring on the side of either (1) assuming static categories of identity with easily assignable characteristics and practices, or (2) assuming static boundaries, that is, drawing more obvious dividing lines between groups than actually existed. The groups were often more similar than different, as she frequently observes. Last but certainly not least, some scholars are taking the extra step of (3) assigning a positive or negative value to certain boundary markers. “This” counts as Christianity—even “true” Christianity!—and “that” does not.

What’s your take on this? Do you find certain of these labels and boundary markers of history confusing or odd? Where do you see this debate going?

This is the third post in a blog series on Karen L. King’s book, What Is Gnosticism? This book will form the basis of the Fall 2014 Christianity Seminar in San Diego concurrent with the Society of Biblical Literature conference. Don’t leave the last word to me. Share your thoughts below↓

“Where Have You Laid Him?” An Appeal to Study Christian Origins
Top 10 Archaeological Discoveries Related to Jesus
The Stratigraphy of Christian Origins
Seeking a Historically Sensitive Story of Christianity
How Well Can We Know Historical Figures? Not a Rhetorical Question (EHJ series)
Seven Hard-to-Deny Limits to What We Can Claim about Jesus (EHJ series)
Christianity’s Struggle for Self-Definition (EHJ series)
New Blog Series on Karen King’s What Is Gnosticism?
22 replies