Whether you’re Christian or not, it’s tempting to assume that the Bible is the Bible is the Bible. Modern versions have a set number of books that only slightly differ depending on whether you picked up a Catholic or Protestant version, but otherwise it is what it is. But how settled, really, are the contents of your Bible?

The story is complicated, even without referring to translation issues. I’m referring to the actual big-picture decisions about what books should be considered of topmost value to Christians. In my previous post I gave an overview of Westar’s Christianity Seminar discussions on martyr stories and the emergence of Christianity. Here, I offer a report on Jennifer Wright Knust’s specific presentation on how early Christians were actually using the martyr stories, and what this can teach us not only about the first few centuries of Christianity but also, by implication, about modern biblical literalism.

Biblical literalism generally refers to reading a text for the plain or apparent meaning conveyed by the grammar and (limited) context. Setting aside the problem of how you literally read a translated text, were early Christians even reading the text “literally”?

As it turns out, that is practically a non-question. Early Christians were reading all sorts of texts they considered sacred and of doctrinal significance, many of which you won’t find in a modern Bible at all. This isn’t even a matter of individual Christians who defied the “official” version. Competing lists of biblical or “canonical” books appear even after the famous letter of Athanasius in 367 CE. Texts like the Letters of Clement, 1–4 Maccabees, the Odes of Solomon, Acts of Paul and Thecla, and so on, could be bound up in the same books as the biblical texts we know and love (or love to hate, as the case may be).

These mixed books come without explanations or excuses. A book’s canonical status had no bearing on its popularity. The collectors behind a given library of Christian texts had wide-ranging spiritual interests and actively put resources toward preserving texts they felt addressed both rituals/practices that mattered to them and important doctrinal issues. Even as late as the sixth and seventh centuries, Christian collections continued to vary in their content. “Christians in late-antique Egypt did not limit themselves to Saint Athanasius’ famous canonical list, … even in monasteries, where he was regarded as a hero of the faith,” Knust observed.

Codex Alexandrinus (c. 5th century) attests not so much to the achievement of universal status for these [the books of the Maccabees] and other books as to the endurance of local Christian canon lists, even in contexts where considerable thought and planning, not to mention expense, must have gone into a manuscript’s production. As an illustrated pandect, complete with decorative coronis and a now-lost set of canon tables, Alexandrinus was a luxury item wherever it was copied. … And yet it’s collection of sacred texts is unique and different from both Sinaiticus (mid-4th century) and Vaticanus (4th century).

Knust offered up three principles to guide our thinking about how texts were used by early Christians: 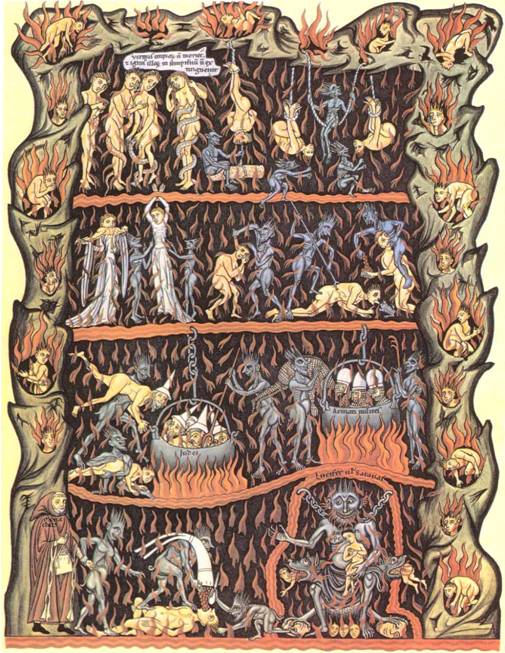 Knust focused on the Maccabees as an especially interesting and telling case study. (If you aren’t familiar with the stories, you can read them here.) The Maccabees are Jewish stories that pre-date Jesus, yet they were wildly popular and were even celebrated by Christians at annual events. Over time, fully Christian locations including basilicas developed to venerate the Maccabees. One story in particular drew special attention and consideration by Christians: the gruesome martyrdom of a Jewish mother and her seven sons at the hands of the Seleucid King Antiochus IV (2 Macc 7) in the 2nd century BCE. As each son one by one refused to violate their religious commitments by eating pork, the King and his soldiers subjected them to torture and death, yet one by one each son faces his fate bravely. The first is scalped, has his hands and feet cut off, and then is fried alive in a pan while his brothers and mother look on. The equally terrible punishments that follow are described in vivid detail, and in the end the mother, too, is killed.

“These martyrs were upheld as models of the noble death by Jews and Christians, but were particularly important to late antique Christians,” Knust said. In a detailed handout she listed the many “sightings and citings” of the Maccabean martyr story (see pp 6 & 7), which give a feel for the many ways it was used by Christian writers, such as this one from a commentary on Daniel by Hippolytus of Rome:

For we find also the seven martyrs who, under Anthochus, endured terrible punishments and were taken from the world. And so what of it? Was God not able to smite king Antiochus and to rescue the seven brothers? He was able, but he did not will to do this so that this example may become ours. For if he rescued everyone, who would he destin to testify? But if all were testifying and were killed, he would be reckoned by some of the faithless as being this: a powerless God.

What the various references reveal is a distinct shift in emphasis from the context of 2 Maccabees (the Maccabean revolt) to an interest in identifying model martyrs around whom a worship life could be constructed. “To Christians the Maccabeans were principally important for their precendent as proto-martyrs who suffered under a gentile tyrant, not for their role in the Maccabean revolt,” Knust explained. By the fourth century, veneration of these martyrs only intensified, and even led to an official feast day (August 1). They were held up by Gregory of Nyssa, for instance, not in association with the Jewish holiday of Hanukkah but for their “Christ-inspired fortitude given to all those who possess a pure mind both before and after the incarnation.” Gregory claims the Maccabean martyrs for the specific work of establishing holidays and liturgy (worship & ritual practices), not just as an obscure exercise in rewriting history or stirring up doctrinal debates. This sort of work doesn’t end with re-appropriating Jewish martyrs for Christian ends. Knust goes on to give examples from the apocryphal acts of the apostles, such as the Acts of Peter, and other texts that enchanted early Christians and played a meaningful role in their religious practices.

The point here for anybody interested in Christianity today is, I hope, clear: if what was meant by “the Bible” was so incredibly diverse even into the sixth, seventh, and eighth centuries CE, it’s difficult to see why we should limit our definitions of “Christian” to a smaller circle of texts. For Christians, this could mean a dramatic opening of the gates for self-definition, community practice, ethics, and even the understanding of Jesus’ role in Christianity. For non-Christians, it means, at minimum, being cautious when making blanket statements about the history of “Christianity” as though there was only one definition of it in antiquity. But I think the more important lesson for Christians and non-Christians alike is to give the voices in these other texts a fighting chance. Read them. You might be surprised and delighted by what you find.

Sex, Shame, and the Bible

A Weak but Potent God

Christian Martyrs: Neither Uniform Nor Legion

Okay, Google, How Was the Bible Written?