"We don't need to take the apocalyptic Jesus to church; he is already there."
—David Galston, Embracing the Human Jesus

We are in the midst of a chapter-by-chapter reading of David Galston's book, Embracing the Human Jesus. Don't be a stranger—share your thoughts below!

Did the historical Jesus know he was going to die? For some of us, this is a non-question that takes us too far into the realm of the impossible. A human Jesus could not possibly have foreseen his own death. But did he want that outcome? Did he, like David Koresh of the Branch Davidians, propel himself willingly toward his own death? Did he act in such a way as to bring it about? The word for this is apocalyptic.

Maybe it makes more sense to see Jesus as a wisdom teacher of sorts. Even saying it this way, I feel a drop in pressure. Wisdom teacher? Big deal. Why would history remember a guy who went around spouting aphorisms? I'm not saying, if he was a wisdom teacher, that he didn't stir up controversy—quite the opposite. To forward our parallel with Socrates from last week, recall that that wise man's life ended with a dose of hemlock for all-too-political reasons.

Was Jesus an apocalyptic end-times prophet who incited outrage, even purposefully, with an intent to go out in a blaze of glory? Or was he a wisdom teacher whose cheeky, barbed remarks got him in trouble once too often with the authorities?

We have examples of both in history, including specifically in ancient Jewish history and literature. Anyone who has read the later books of the Hebrew Bible, especially the Elijah stories, will easily recognize the prophet motif. The wisdom motif is there, too, in books like Job and Ecclesiastes, although these books as wisdom are emphasized less often in Christian contexts. I certainly noticed, growing up in the pentecostal tradition that I have since left, that it is very much possible to read such stories as a community while still downplaying any interpretation outside the apocalyptic. I certainly learned that wisdom all occurred inside an end-times framework, and the wisest action of all was submission to the cosmic Christ.

It doesn't have to be interpreted that way, of course.

Wisdom Traditions in Ancient Jewish/Israelite Culture
I opened with a quote from Galston about the apocalyptic Jesus already "being in church." Church rituals, stories and interactions all cater to an interpretation of Jesus as bringing about the end of history as we know it. This being the case, I thought it might be helpful here to share a couple quotes about Jewish wisdom traditions as a way to counterbalance the more dominant apocalyptic view. For instance, Rabbi Adin Steinsaltz in The Essential Talmud (2010) explains,

The sages themselves said, 'Random conversations, jests or casual statements of sages should be studied,' and sometimes important halakha is derived from chance remarks made without any educational intent. This being so, the actions of the sages are of even greater significance. Everything a sage does in every sphere of endeavor must be carried out in a spirit of truth and should be Torah itself. Disciples often studied closely the behavior of their rabbi in order to learn how to conduct themselves. (138)

According to James L. Crenshaw's categorization, there are four types of wisdom literature: "natural, experiential, judicial and theological" (Crenshaw 1993). Natural wisdom reflects observations of the real or natural world. This type of wisdom literature in the ancient Near East includes lists of various types and reflects a precursor of what has become known as the method of scientific observation. Experiential wisdom deals with the workings of the world and more specifically of human society. It is closely allied with what may be termed folk wisdom in the modern world. Judicial wisdom deals with the adjudication of disputes and how to settle them. Finally, theological wisdom is the one that attempts to answer questions of a speculative nature and is the type that is arguably predominant in the Hebrew Bible, but not necessarily within the book of Proverbs itself, in which experiential wisdom is quite heavily represented. (376)

On the other hand, it's good to remember that just because clever sayings were written down does not mean they were part of popular culture. Gonzalo Rubio, in a discussion of Sumerian literature, calls on a more recent example to show how far divorced an intellectual exercise can be from popular practice in the ancient world, too:

The divorce between production and consumption (i.e., writing and performance) of artistic works is not a particularly unusual phenomenon. For instance, J. S. Bach composed his Mass in B Minor according to the Roman Catholic ordinary cycle in Latin, as an expansion of a Lutheran missa brevis. However, there was no occasion for the performance of such a Mass in Lutheran Leipzig, and there is no indication this Latin mass was commissioned by any patron, such as the Catholic court at Dresden (Wolff 2000: 441–42). By producing such an apparently decontextualized Mass, Bach was establishing a musical dialogue and placing himself within a learned tradition that was initiated by Catholic composers, such as Palestrina. ... [Likewise] many Sumerian literary compositions are thoroughly scholastic and appear detached from performative goals of any kind. (From an Antique Land: 25–26)

Rubio is not saying that scholarly and artistic ventures like Bach's are fruitless, but rather that they belong to a particular community and stream of tradition that may not have touched the lives of everyday people. He specifically uses the word "decontextualized" to convey precisely what came up in discussion in last week's blog: the situation of a new stream of knowledge/performance, or the reason it came into existence. Why did Bach create such a Mass? To continue a multi-generational conversation he found meaningful about a certain genre of music. We don't always think of that as a context, but it was the context for his Mass.

Why did Jesus tell parables? Why did he tell those parables? The religion that developed out of it overshadows the original context, but what was that context, and why was it remembered in such a way that it eventually became an apocalyptic religious movement? Galston introduces his interpretation of life practices and philosophy recommended by the parables in the next two chapters of Embracing the Human Jesus, but for now, where does Galston find wisdom traditions in surviving texts about the Jesus movement?

Everywhere in the Jesus tradition there is evidence of wisdom as the fundamental memory of Jesus. In the canonical gospels, Jesus teaches mainly in parable. In the gnostic gospels, Jesus is almost exclusively a figure of wisdom. And the Apostle Paul is acutely aware of the wisdom tradition that defines his opponents and that he claims to know equally well (1 Cor 2:6). It cannot be said that apocalyptic material holds the same omnipresent characteristic. ... Other Christian options [apart from apocalypticism] that were eventually labeled heretical were originally as prolific as the orthodox tradition and shared with it the wisdom associated with Jesus. (78)

Galston goes on to cite the examples of Diogenes versus Thales to say Jesus not only employed parable but also short pithy sayings known as chreia. Even though this is traditionally a Greek form of wisdom, Galston and Steinsalz share the view that a man like Jesus need not be ignorant of wisdom traditions outside Judaism. "The spiritual world of sages was not closed to external influence or knowledge," Steinsalz explains after citing several examples of rabbinic interest in physical sciences. "'If you are told that there is wisdom among the nations, believe it,' they said" (140). Steinsaltz also observes that some branches of Judaism were aware of Greek and classical literature but purposefully muted their reliance on it, while others, like the Egyptian Jewry, purposefully "tried to combine Greek culture with Judaism" (141).

Returning to the parables, one thing I find very interesting is Galston's definition of a parable as a way to see this world differently rather than transport oneself to another, better world. Case in point: Some of you may be familiar with Wendell Berry's agricultural interpretations of the Bible. I found it helpful to ask myself how Galston's view differs from Berry's, by way of example. Berry's theology is not interested in the historical Jesus, so it doesn't add much to the discussion in that sense, but it's exemplary of an interpretive approach that does not focus on an apocalyptic end that comes from outside the world. Where Berry imagines an almost certain-to-come human-caused apocalypse caused by our failure to work with the earth that sustains us, I see Galston as turning away from that model entirely to a tradition that is complementary to Berry's concern with the impact of human action on the world, but is not apocalyptic at all in that it doesn't imagine a virtually inevitable, destructive end.

To frame this same point in light of Carl Ehrlich's four types of wisdom, I feel that authentic Jesus sayings generally suit experiential and judicial wisdom. What's the right thing to do, and how should we behave when the world does not operate by just and fair rules? These questions rub up against the problem of the Roman elite's displays of military and economic power, so they are not merely moralistic.

I noticed in last week's discussion, however, that we aren't all in agreement or clarity about what sayings of Jesus we would consider authentic, versus what should be attributed to Jesus' followers. I see the parables as largely experiential, but maybe if you include some of the more mystical sayings in your repertoire you see theological wisdom—"that attempts to answer questions of a speculative nature"—as more dominant. How many angels can dance on the head of pin? Which answer will get you crucified? Sometimes even the speculative questions can get you in trouble.

Don't leave the last word to me. Share your thoughts below ↓ 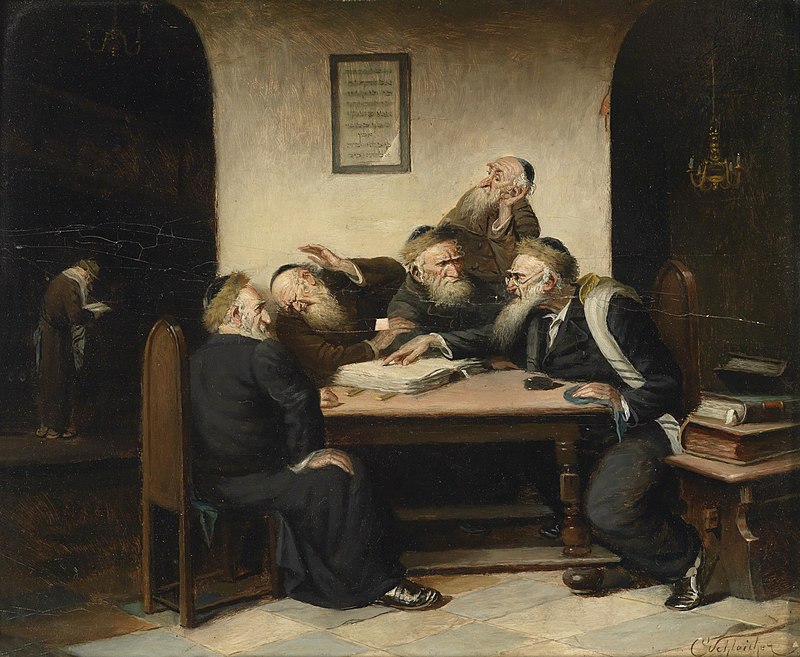 Want to join the discussion?
Feel free to contribute!

“No News Here”—Historical Truth and the Jesus Voiceprint (EHJ... Myth and the Historical Jesus
Scroll to top