Earlier this week I posted a 30-day plan for how to read the letters of Paul in chronological order. Several thousand visits and a ton of Facebook comments later, you’ve let me know you’re ready for the challenge!

Starting July 1st, I challenge you to read with me the 7 undisputed letters of Paul in 30 days: 1 Thessalonians, Galatians, 1 Corinthians, 2 Corinthians, Philemon, Philippians, and Romans. I’ll be posting a daily response on the Westar sister site 30 Days of Paul and sharing responses from others as well. Ready to go? Click here to get started.

Why these 7 letters? The so-called undisputed letters are the ones that most biblical studies scholars agree were written by Paul. They remain our best bet for understanding Paul, and they represent the earliest written evidence we have from the Jesus movement.

How to Participate in 30 Days of Paul

I’ll be following the reading plan I shared earlier this week, which is in rough chronological order based on The Authentic Letters of Paul. You’re welcome to simply follow along or try another reading plan and compare notes. Here’s a PDF version for easy downloading and printing.

I’m currently reading How to Read the Bible by Harvey Cox, one of two outstanding guest lecturers we have lined up for the Fall 2015 national meeting in Atlanta. It’s absolutely the perfect lead-up to this challenge. Cox urges us as readers not to aim to be big-O Objective—that is, completely neutral to the point of turning a blind eye to our personal stakes in reading the Bible. Rather, we should ask ourselves what our little-o objective is in reading this particular text.

So why read Paul? What’s your objective? When I first read Cox’s advice, it occurred to me that my objective even after many years away the evangelical-conservative world of my childhood has often been to read “to prove the Bible still matters” or “to find a better/more legitimate reading than the evangelical one,” or some variant of the two. That’s not really how I want to read Paul’s letters this time through. What other options are there? Here are a few I’ve brainstormed, to which you no doubt could add more:

By the way, maybe you already know this, but I want to emphasize that it’s okay to disagree with Paul. You don’t have to take him as an authority; he was human like you and me, and he no doubt made mistakes.

As I re-read this list, I find that there remains a rich conversation to be had around these ancient letters. Over the next couple weeks I’ll share more inspiration from Harvey Cox to get us all in the right frame of mind. So be sure to pick up your copy of Paul’s letters in the meantime and grab a couple friends to join you for extra motivation. July 1st is just around the corner! Go to the 30 Days of Paul site to get started! 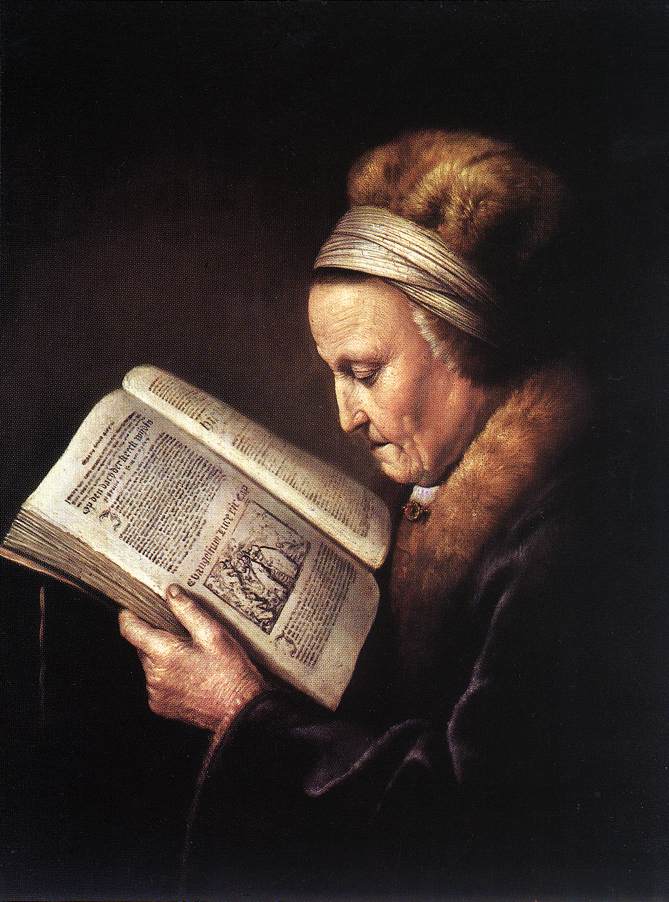 Back when I was asking Google how the Bible was written, I stumbled across a variety of supposedly “chronological” reading plans for the Bible. Nearly all of them were pious lists that emphasized reading in an order that reinforces a particular theology. They purposefully carry you through the texts in a way that suggests a certain view of Jesus, a view that would change if you simply read the texts in a different order.

Since the word “chronological” in that sense has absolutely nothing to do with when the original texts were written, I thought I’d offer an alternative: a 30-day plan for how to read Paul’s letters chronologically. But first: an explanation.

The late Marcus Borg urged us to read the New Testament in the order in which the books were actually written rather than the order in which they appear in modern Bibles. We should start with the letters of Paul because they are our earliest texts from the Christ movement. Don’t read Acts, don’t read the gospels. Save those for later. Paul’s letters came first.

Although many letters in the New Testament are claimed to have been written by Paul, most scholars who have studied them have reached the conclusion that only seven of the letters were actually written by Paul when he lived in the early 1st century, around 20 to 30 years after the death of Jesus. Where did the other letters come from? They were written by other people in Paul’s name in the late 1st and early 2nd centuries. “Beginning with seven of Paul’s letters,” Borg writes,

The seven authentic or “undisputed” letters of Paul, in roughly chronological order, are as follows:

See the book | Listen to the AuthorTalk interview

Full disclosure: I was involved, albeit only slightly, in the editing process of this book, but I truly have yet to encounter another book that refuses to pull punches on this issue. Why should it be difficult to find Paul’s letters arranged in some sort of chronological order? It shouldn’t be. This sort of resource is the work of good historians, and that’s what I appreciate about it. They took a risk and put an answer out there. I’d have loved to take a New Testament class that gave me a couple attempts like this and asked me to compare the portraits of Paul that emerged.

Related Resource: Listen to a free 2-part interview with the authors and translators of The Authentic Letters of Paul with Ron Way on AuthorTalk Radio.

Have you been meaning to read (or re-read) Paul’s letters? We’ll be hosting a 30-day challenge here on the Westar blog. How to participate.

This reading plan should get you through the seven authentic letters of Paul in 30 days based on The Authentic Letters of Paul. That’s a pretty intense reading schedule, given that Paul’s arguments can be a real pain to follow. You may find that you want to slow the pace down to 60 days instead (which you can accomplish by reading 1 to 2 chapters a day instead of 2 to 3).

If you try it, let me know how it worked for you! What sort of Paul did you discover? Did you reach the same conclusions as Bernard Brandon Scott? Do you know of other attempts to arrange Paul’s letters chronologically?

Day 7: 1 Corinthians 3–4
There are likely some insertions from other writers mixed in

Day 11: 1 Corinthians 11–12
There are likely some insertions from other writers mixed in

Day 12: 1 Corinthians 13–14
There are likely some insertions from other writers mixed in

Day 26: Romans 4–6
There are likely some insertions from other writers mixed in

Day 29: Romans 13–15
There are likely some insertions from other writers mixed in

Day 30: Romans 16 Letter of Recommendation
There are likely some insertions from other writers mixed in

6/3/2015 12:00 pm update: A couple gracious readers have reminded me that, of course, Marcus Borg himself published a chronological reading of the New Testament in 2012, a couple years after The Authentic Letters. He uses the NRSV translation, and he places Philemon and Philippians before 2 Corinthians.