In my last blog post about Karen King’s What Is Gnosticism?, I used the metaphor of maps and boundary-making to point to the problem of always keeping in mind the purposes behind our “map” of early Christian history. This has proven to be a problem in the study of Christianity because it’s too tempting to take what early Christian writers claimed about themselves—and about their opponents—at face-value.

King goes on in chapters 3 and 4 to give examples of actual scholars who fell into this trap, complicated by the rise of Western colonialism. Nineteenth- and twentieth-century scholars like Adolf von Harnack and the history of religions school tried to move beyond the church’s language of heresy without, however, endangering Christianity’s status as the highest form of religion. Some even went so far as to claim Christianity had taken over and improved upon the ideas of other religions on its path to ascendancy. Of course this or that brand of Christianity might get touted above another, such as Protestantism versus Catholicism, but the status of Christianity itself was left untouched. Scholars assumed the superiority of Christianity just like wider society assumed the superiority of white Europeans.

Today we study that phenomenon under the term “colonialism.” Arguably, we haven’t yet moved beyond colonialism. It is evident in the ways race, class, and gender are treated differently in pop culture, our legal system, and other social institutions. Bell hooks, an American feminist and cultural critic, links colonialism to our tendency to recycle old ideas in new forms for the sake of power. In Reel to Real: Race, Sex, and Class at the Movies, she gives a commonsense example of this phenomenon:

We keep coming back to the question of representation because identity is always about representation. People forget that when they wanted white women to get into the workforce because of the world war, what did they start doing? They started having a lot of commercials, a lot of movies, a lot of things that were redoing the female image, saying, “Hey, you can work for the war, but you can still be feminine.” So what we see is that the mass media, film, TV, all of these things, are powerful vehicles for maintaining the kinds of systems of domination we live under, imperialism, racism, sexism etc. Often there’s a denial of this and art is presented as politically neutral, as though it is not shaped by a reality of domination.

Sometimes people get upset in conversations about racism and other –isms because they don’t feel they should be held personally responsible for the actions of past generations. And that’s a fair complaint, to a point. What Hooks is talking about here is not the past as such, but our choices to reproduce past attitudes through new movies, books, and so on. If we reproduce sexist, racist, and other oppressive images without criticizing or challenging them, we keep them alive for the next generation. 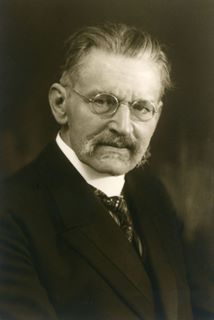 Richard Reitzenstein is credited (for better or for worse) by King with the invention of the “gnostic redeemer myth.” Photo credit: Wikimedia Commons.

Scholars deal with this problem, too. King is claiming that gnosticism happens to be a tool used—consciously or unconsciously—by scholars of early Christian history to keep alive the basic structures of orthodoxy (“right belief”) and heresy (“deviance”). The orthodoxy-heresy divide served the church’s goal of claiming authority for itself, but it does not in any way serve a scholar’s goal of a better understanding of history.

I found this quote especially illustrative:

Possibly the greatest mischief [of history of religions school] was done by the invention of the Gnostic redeemer myth, that staple of two-page summaries of Gnosticism. This stirring narrative … was constructed by taking bits and pieces from particular motifs from a variety of historical and literary contexts, and combining them into a single, coherent narrative. … In reality there is no single existing ancient literary source that gives ‘the Gnostic redeemer myth’ as scholars have ‘reconstructed’ (i.e., invented) it. (109, italics in original)

Last week I mentioned Daniel Boyarin’s suggestion that the metaphor of “family resemblance” is a useful alternative to other kinds of definitions. No one member of the family has all the family traits, but they all share some. However, now I see that the case of the history of religions school shows one weakness of that metaphor. Because there is no family prototype, out of which the rest of the family members are stamped, we’re all family if you draw a large enough circle. The lack of a prototype allowed scholars who liked the history of religions approach to cherry-pick whatever traits they felt like assigning to gnosticism, without anchoring them in place and time.

All along, King’s point has been that the entire structure of a “good” Christianity and “bad” gnosticism, or vice versa, is flawed. We know things were never so monolithic in practice. The end result is absolutely going to look like a family of some kind, but I can safely say this much: the Christian family is not going to divide easily into two groups.

This is the fourth post in a blog series on Karen L. King’s book, What Is Gnosticism? This book will form the basis of the Fall 2014 Christianity Seminar in San Diego concurrent with the Society of Biblical Literature conference. Don’t leave the last word to me. Share your thoughts below ↓

The Once and Future God

Marcion: Forgotten “Father” and Inventor of the New Testament

“Where Have You Laid Him?” An Appeal to Study Christian Origins

Infographic: What Does the New Testament Say about Homosexuality?

Myth and the Historical Jesus

New Blog Series on Karen King’s What Is Gnosticism?
11 replies